What’s next for nation-state collaboration in cyberspace?

SAN FRANCISCO — Last week’s international attribution of cyberattacks on the nation of Georgia to Russia demonstrated the progress like-minded nations have made in establishing norms of responsible behavior in cyberspace, according to one senior Department of State cyber official.

“Georgia reached out to the international community for assistance and we replied,” said Liesyl Franz, senior policy adviser in the Office of the Coordinator for Cyber Issues at the U.S. Department of State, speaking at the RSA Conference on Feb. 25. 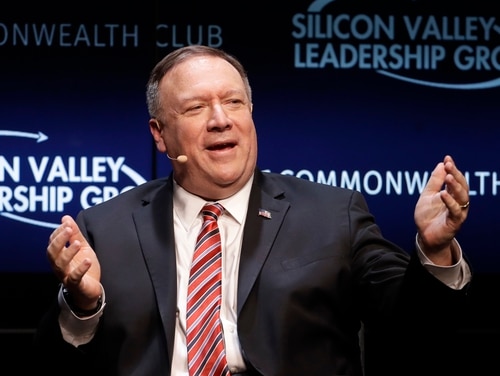 On Feb. 26, Franz went further in describing how the decision furthered cooperation.

“I will say that the conversation that we’ve had that laid the foundation … took a long time, but now gives the foundation for countries to be able to sit down and have a common conversation,” said Franz, adding “… this is what we’ve set out as the framework, what do we do, what are the words that we use, how do we work together? What is the most effective way to go public about an attribution?”

More than 20 countries ultimately issued statements directly attributing or supporting the attribution by the United States and United Kingdom to Russian actors.

“It’s been incredibly affirming, actually, that we can now have those kind of conversations that can show that coordinated and supportive diplomatic … statements,” Franz said.

Although that is one positive sign, Adam Hickey, deputy assistant attorney general of the national security division at the Department of Justice, noted that there are still nation-state actors out there that don’t want to help unless there is a direct benefit for them. In his role indicting malicious cyber actors, he needs to cooperation from other countries to do his job — although he did add that he never expects help from actors like Russia and China in prosecuting their operators.

“That is a problem for us. You have nations that are saying ‘whether I help you or not depends on whether I get something out of it,’” Hickey said without detailing a specific country. “For most of the post-WWII order, law enforcement has relied on cooperation from nations because we are all better off if we’re cooperating to identify who criminals are.”

Looking toward the future, the government wants to continue to “build that tent of countries” that would cooperate and collaborate in cyberspace, including participating in attributing or supporting public attribution work by the United States and its closest allies.