Virginia has big plans for electric school buses in 2020 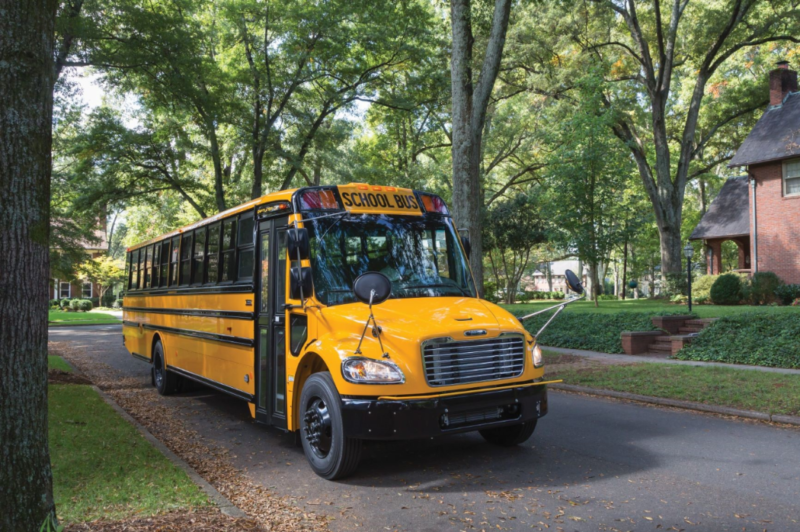 Enlarge / A Thomas Built Buses Saf-T-Liner C2 Jouley, which uses an electric powertrain developed together with Daimler Trucks and Proterra. In 2020 Virginia will deploy 50 of these buses, a number that should grow to 1,000 by 2025.
Daimler

Electrification of medium- and heavy-duty vehicles isn’t particularly sexy. There’s no billionaire on stage breaking unbreakable windows and collecting hundreds of thousands of deposits to the rapturous applause of a fanbase. No one is making headlines with Nürburgring Nordschleife times, nor drag racing them. But the diesel engines that power the trucks that drive garbage, packages, or people around our towns and suburbs are ripe for converting to battery power.

Dominion Energy, the utility that supplies the Commonwealth of Virginia with most of its electricity, certainly thinks so. It’s about to begin an ambitious plan to roll out electric school buses in Virginia that will do double-duty, storing electricity when not ferrying small humans to school. Earlier this week, it was announced that phase one, which begins in 2020, will start with 50 electric school buses built by Thomas Built Buses in partnership with Proterra and Daimler Trucks.

The buses will be Saf-T-Liner C2 Jouleys, an electric version of one of TBB’s existing buses. Each one will carry 220kWh of lithium-ion battery storage for a range of about 134 miles (216km), and they will recharge in about three hours using Proterra’s 60kW DC fast charging system.

Dominion Energy says that replacing a single diesel school bus with an EV bus has the same effect as taking more than five gasoline cars off the road, and by 2025 it hopes to have deployed 1,000 EV school buses to the Commonwealth. Should all go well, it wants 50 percent of Virginia’s school bus fleet to be battery electric by 2030. The utility is offsetting the costs to school districts, in part because it wants to use the buses for vehicle-to-grid storage when they’re not on the school run. In fact, a school district’s suitability for V2G is the main determining factor in deciding which districts will be chosen for the first 50 buses.