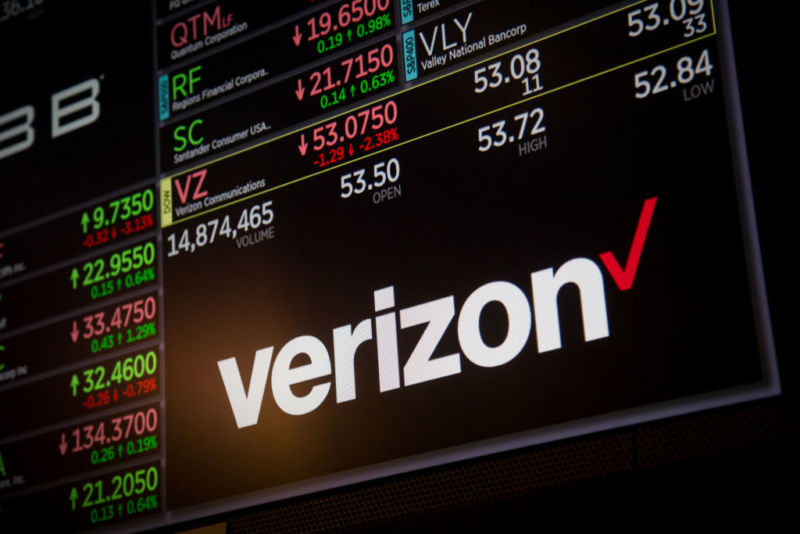 Enlarge / A monitor seen on the floor of the New York Stock Exchange on Tuesday, Sept. 4, 2018.
Getty Images | Bloomberg

Verizon this week is laying off another 150 staffers from the Verizon Media division that includes the Yahoo and AOL subsidiaries, according to a CNN report.

“Verizon Media employs around 10,500 people, so these cuts will amount to 1.4 percent of its work force. It’s unclear which brands will be affected,” CNN wrote.

A Verizon spokesperson confirmed the layoffs, according to the CNN article. We contacted Verizon today and will update this article if we get any more information.

The latest layoffs are less extensive than a major round of job cuts in January 2019. Verizon at that time laid off about 800 people, or about seven percent of the 11,385 workers then employed by Verizon Media.

Verizon purchased Yahoo for $4.48 billion in June 2017 and AOL for $4.4 billion in June 2015. But Verizon’s strategy of acquiring declining online media brands hasn’t been successful in challenging Google and Facebook in the advertising market.

In December 2018, Verizon said in a Securities and Exchange Commission filing that it had “experienced increased competitive and market pressures throughout 2018 that have resulted in lower-than-expected revenues and earnings,” and that “[t]hese pressures are expected to continue.” Verizon at the time recorded a non-cash goodwill impairment charge of about $4.6 billion, wiping out nearly all of the Yahoo/AOL division’s goodwill value.

In Q3 2019, the most recent quarter, Verizon reported media-division revenue of $1.8 billion, down two percent year over year. The two-percent decline represented an “improvement in revenue trends,” Verizon said. “Gains in native and mobile advertising continue to be offset by declines in desktop advertising, though the business is building momentum in key areas.”

“We are migrating customers to our recently integrated native and demand-side advertising platforms with double-digit growth year over year,” Verizon CFO Matt Ellis said in an earnings call on October 25. “For the first time, we are seeing mobile traffic increases outpace desktop traffic declines in our core owned and operated products, including sports, finance, news, entertainment, home and mail.”

Verizon Media CEO Guru Gowrappan said last month that the company is focused on growing the division’s advertising, subscriptions, and e-commerce businesses, according to the CNN report.

“Today we are investing in premium content, connections, and commerce experiences that connect people to their passions and continue to align our resources to opportunities where we feel we can differentiate ourselves and scale faster,” Verizon said in a statement about this week’s layoffs.