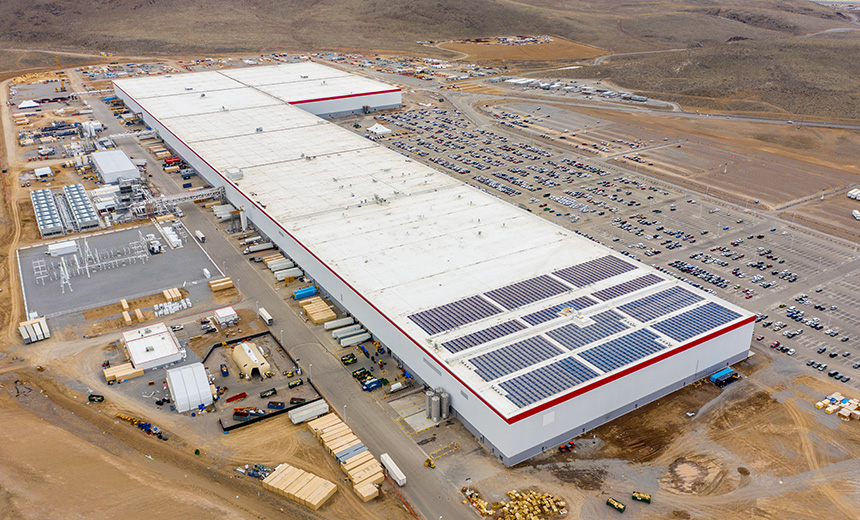 A federal grand jury has formally indicted a Russian national in connection with a thwarted attempt at stealing corporate data from electric vehicle manufacturer Tesla so it could be used to extort a $4 million ransom, according to the U.S. Justice Department

Egor Igorevich Kriuchkov, 27, had been arrested on Aug. 22 and remains in federal custody. On Sept. 3, he was indicted on one count of conspiracy to intentionally cause damage to a protected computer. The charge carries a maximum five-year prison term plus a $250,000 fine.

Kriuchkov allegedly attempted to recruit an employee working at what the Justice Department calls “Victim Company A” with a $1 million bribe to have that person introduce malicious software into the company’s computer network, according to the indictment. The malware would have extracted data from the network, with the conspirators attempting to extort a $4 million ransom under the threat of making the data public.

While the indictment does not name the company, Elon Musk, Tesla’s CEO, revealed his firm was the target (see: Elon Musk Says Tesla Saved From ‘Serious’ Ransom Attempt).

Teslarati, a website dedicated to news about the company, first reported Aug. 27 that the electric car maker’s Gigafactory in Nevada was involved.

Later, Musk backed up the story by tweeting that there was a “serious” attempt to steal corporate data that was thwarted after Kriuchkov was arrested in Los Angeles as he was allegedly attempting to flee back to Russia.

From roughly July 16 to Aug. 22, Kriuchkov and a co-conspirator allegedly attempted to bribe an employee at the company to introduce malware into the firm’s computer network designed to exfiltrate data that would then be held for ransom, the indictment states. The malware needed to remain running for six to eight hours to be effective, the court document states. Kriuchkov and his co-conspirator allegedly planned to launch a distributed denial-of-service attack to divert attention from the malware so it could exfiltrate the data, prosecutors allege.

The Russian-speaking Tesla employee who Kriuchkov attempted to recruit to participate in the scheme reported the attempt to management and then agreed to serve as a “confidential human source” for the FBI, the indictment states.

Kriuchkov allegedly agreed to pay the insider $1 million using cryptocurrency, a guarantor security deposit or cash, according to prosecutors.

The indictment also alleges that Kriuchkov assisted the employee in downloading a Tor browser application to facilitate anonymous access to the internet and advised the employee to set up a bitcoin wallet.