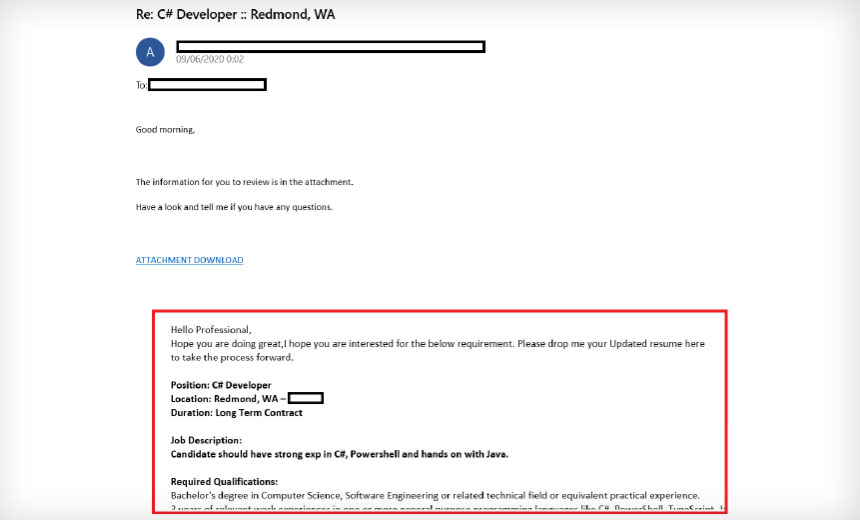 The operators behind the Qbot banking Trojan are deploying a new version of the malware that uses hijacked Microsoft Outlook email threads to create and send personalized phishing emails, according to a Check Point Research report released Thursday.

See Also: Account Takeover Fraud: How to Protect Your Customers and Business

This campaign, which appears to have started in March and is ongoing, has targeted over 100,000 victims worldwide, including in the U.S., India, Italy and Israel, according to the report.

In addition to stealing banking data and passwords, Qbot can now swipe credit card information as well as install other malware within infected devices or networks, such as ransomware, Check Point reports.

“Emotet has a very strong infrastructure and efficient malspam infection,” Alex Ilgayev, a malware researcher at Check Point, tells Information Security Media Group. “At first, we thought QBot had replaced its malspam infection with Emotet’s, but then we noticed even more malspam from QBot. This shows how dangerous and efficient QBot is becoming these days.”

Qbot’s new capabilities allow the malware to target a wider range of victims, Ilgayev says. “Our data shows that a large numbers of organization from the military and government sectors were attacked.”

In the new campaign that Check Point researchers discovered, the attack begins when socially engineered phishing emails are delivered to Outlook users’ inboxes. These emails contain a URL or a Zip file with malicious Visual Basic Script. When this is executed, the Qbot malware is downloaded from a hardcoded URL to the compromised device.

The malware then activates what the researchers call an “email collector module,” which extracts all the email threads from the victim’s Outlook client.

“These stolen emails are then utilized for future malspam campaigns, making it easier for users to be tricked into clicking on infected attachments because the spam email appears to continue an existing legitimate email conversation,” according to the Check Point report.

Once the latest version of Qbot is installed, the Trojan can perform a number of functions, including: