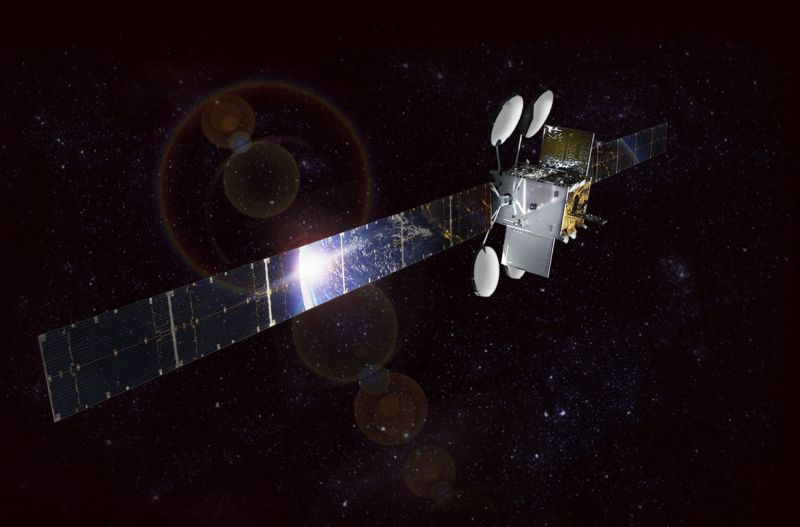 Enlarge / Viasat-2, a satellite launched by Viasat in 2017.
Viasat

The FCC’s Connect America Fund generally pays ISPs to expand their networks into rural areas that lack decent home Internet access. Viasat’s satellite service already provides coverage of 98 percent of the US population in 50 states, so it doesn’t need government funding to expand its network the same way that wireline operators do. But Viasat will use the money to offer Internet service “at lower cost to consumers, while also permitting higher usage allowances, than it typically provides in areas where it is not receiving Connect America Fund support,” the FCC said in its announcement yesterday.

Viasat’s $87.1 million is to be used over the next 10 years “to offer service to more than 121,700 remote and rural homes and businesses in 17 states.” Viasat must provide speeds of at least 25Mbps for downloads and 3Mbps for uploads.

While the funding for Viasat could certainly improve access for some people, the project helps illustrate how dire the broadband shortage is in rural parts of many states. Viasat’s service is generally a last-ditch option for people in areas where there’s no fiber or cable and where DSL isn’t good enough to provide a reasonably fast and stable connection. Viasat customers have to pay high prices for slow speeds and onerous data limits.

Future services relying on low-Earth-orbit satellites from companies such as SpaceX and OneWeb could dramatically boost speeds and data caps while lowering latency. But Viasat’s service still relies on satellites in geostationary orbits about 22,000 miles above the planet and suffer from latency of nearly 600ms, much worse than the 10ms to 20ms from fiber services (as measured in customer homes by the FCC in September 2017). Viasat’s service is classified by the FCC’s Connect America Fund as “high latency,” which is less than or equal to 750ms.

The Connect America Fund is paid for by Americans through fees on their phone bills.

Prices and data caps not revealed

A Viasat spokesperson would not tell us what prices and data caps will be applied to the company’s FCC-subsidized plans. Viasat said it will provide the required 25Mbps service “along with an evolving usage allowance, and at FCC-defined prices, to certain areas, where we will be subject to a new range of federal and state regulations.”

The materials released by the FCC yesterday don’t provide price and data-cap information, either. We contacted the FCC and will update this article if we get any answers.

Viasat’s current prices and data allotments are pretty bad, so hopefully there will be a significant improvement. Plans and pricing vary by ZIP code; offers listed on BroadbandNow include $50 a month for download speeds of up to 12Mbps and only 12GB of “priority data” each month. The price rises after a two-year contract expires.

“Once priority data is used up, speeds will be reduced to up to 1 to 5Mbps during the day and possibly below 1Mbps after 5pm,” BroadbandNow’s summary says. Customers can use data without affecting the limit between 3am and 6am.

Other plans include $75 a month for speeds of 12Mbps and 25GB of priority data; $100 a month for 12Mbps and 50GB; and $150 a month for 25Mbps and “unlimited” data. Even on the so-called unlimited plan, speeds “may be prioritized behind other customers during network congestion” after you use 100GB in a month. Because of these onerous limits, Viasat lowers streaming video quality to reduce data usage. Viasat says it provides speeds of up to 100Mbps but only “in select areas.”