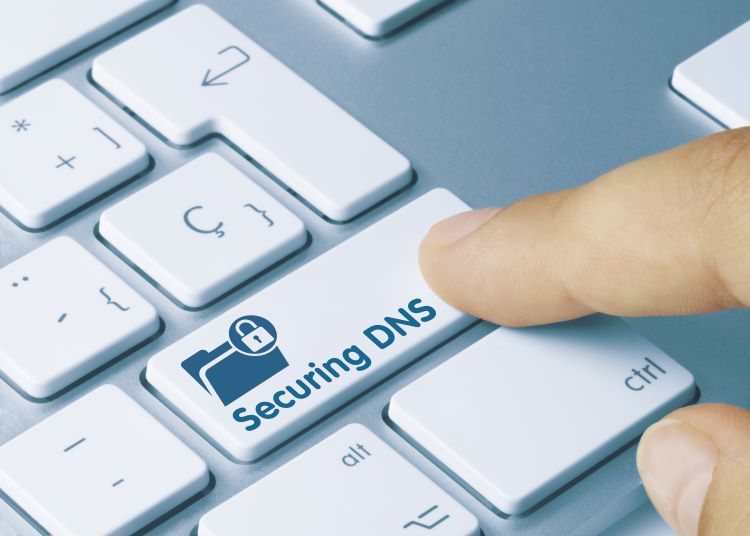 Verisign’s R&D team has developed new ways to authenticate and optimize DNS traffic on the client side of the domain-name resolution process.

What if the Domain Name System (DNS) ensured that only authenticated and authorized users could access a company’s email server or VPN gateway?

That’s what one of two new technologies for DNS name servers proposed by Verisign’s research and development group could do. So-called Authenticated Resolution would require that the client machine authenticate to the DNS name server; it would return a network address response only if the client is authorized to access the resources it’s requesting via the domain request. Authenticated Resolution also could also help thwart distributed denial-of-service (DDoS) attacks — attackers wouldn’t be able to access the actual addresses of their targets because they would not be authorized to do so.

The nearly 40-year-old DNS is the underlying technology that translates, or resolves, domain names to their IP addresses on the Internet. Built for interconnection back in the relatively innocent days of the R&D ARPANET, DNS has been stretched security-wise over the past two decades with the explosive growth of the Internet.

Verisign also has devised a technology it calls Adaptive Resolution, which accelerates authorized access to webpages. It speeds up the process because the name server gets information upfront about the authenticated client, such as its device and browser. That ensures the information is accessed and displayed quickly and in an optimal format for the device. The name server also would be provided the user’s language preference, for instance, so it returns the network address of a Web server optimized for that language. Those types of details today happen in later stages of the Internet session and entail multiple steps.

Verisign senior vice president and CTO Burt Kaliski says the company’s R&D team has been working on these authentication and resolution DNS solutions for several years. With DNS encryption on the horizon, the timing was right, he says. “We are at a new era of the DNS,” he says, where there are ways to improve security and efficiency at the lower layers of the DNS hierarchy, where most of the more sensitive information is involved. “The move to DNS encryption below the root- and top-level domains is a great opportunity to rethink how we’re doing DNS.”

According to Verisign, DNS encryption allows clients to interact directly with enterprise or application-specific DNS resolvers. Therefore, the security can be doled more granularly at this lower level of the DNS process, depending on the client, application, and enterprise.

DNS encryption is aimed at protecting the privacy of end users, but it comes with its own challenges. New Internet standards in the wings — such as DNS over HTTPS (DoH), TLS 1.3 ESNI (Encrypted Server Name Indication), and HTTP/3 over the QUIC Internet transport protocol — could impede next-generation firewalls and other security tools from detecting and filtering out malicious traffic, according to Paul Vixie, the chairman, CEO, and co-founder of Farsight Security. He and other DNS experts have warned enterprises to get ready for encryption now by creating proxies: a private DNS for the access side of their traffic, for instance, or another managed private network that allows them visibility with their next-generation firewalls.

A mobile banking app, for instance, could ensure that only authorized members logging in to their bank accounts would receive the network addresses associated with the app’s content servers, he says.

It would also allow organizations to filter out known bad actors and instead send them to a honeypot or deception decoy.

Verisign said it’s now publicly sharing AAR technologies to get input from the community on the next steps for beefing up DNS security.

“We want to get people thinking about it — to see what they can do,” Kaliski says, noting that Verisign’s mission still remains as a root-zone maintainer and top-level domain registry operator.

“For DNS to be more useful, it needs to have more of these features built” into the lower levels, he says.

This will bring DNS in line with security models such as zero trust, according to Verisign. “Authenticated and adaptive resolution complete the story (at least for now) of the transition of DNS practice into a modern mode of operation based on principles such as zero trust. These technologies give DNS a new role in meeting network security and performance objectives, adding both a new security control point and a new navigation capability to network operators’ portfolios,” Kaliski wrote in a Verisign blog post today.

Kelly Jackson Higgins is the Executive Editor of Dark Reading. She is an award-winning veteran technology and business journalist with more than two decades of experience in reporting and editing for various publications, including Network Computing, Secure Enterprise … View Full Bio