How UK’s GDPR law might not be judged 'adequate'

If it has Data Protection Act’s defects, all bets are off 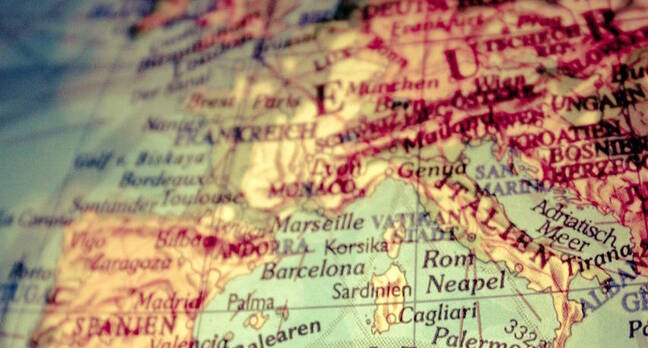 Comment Since 2005, I have tried to use Freedom of Information legislation to find out what is behind the “ongoing” infraction proceedings, commenced by the European Commission against the UK. This is because the UK’s Data Protection Act (DPA) is, according to the Commission, a defective implementation of Directive 95/46/EC.
So what are these defects? Should data protection practitioners know what they are?


Readers also know the answer to both questions is a resounding “NO” as publishing the requested data protection detail would cause irreparable damage to international relations between the UK and the European Union (re-confirmed in ICO Decision Notice FS50577377 (PDF), dated March 2016)!
So, after the Brexit referendum vote, I tried the European Union’s Access to Documents regime (Regulation (EC) No 1049/2001 (PDF)), and received another refusal to add to my collection. The refusal letter (see references at the foot of the page), dated mid-November last year, confirms that there are still major problems with the DPA; of the 20+ problems identified by the European Commission in 2005, four of them are serious and remain unresolved in 2017 (in the run-up to GDPR implementation).
Surprisingly, even information about the 16+ resolved issues remains a state secret. For instance, paragraph 33 of the 2016 Decision Notice confirms that the release of these details would cause “prejudice to international relations”. The ICO concluded that “…having viewed the withheld information, the Commissioner is satisfied that there would be a real and significant risk of prejudice … to the relationship between the UK and the European Commission”.
Indeed, someone who said he was “close to GCHQ/MI6” took me to one side at this month’s ICO conference. He told me that if I were to be given the top-secret list of data protection indiscretions on the part of the UK (none of which relate to national security, crime and taxation etc, I should add), then the damage to EU-UK relations would be so high that the European Commission’s mission in London would have to close, and the UK Ambassador to Brussels would become persona non grata. I was advised to “back off”, whatever that means.

A score of problems

In this article, I update readers with the latest chapter in this saga. I report the contents of a six-page refusal letter, dated 14/11/2016, which contains comments relevant to a UK adequacy decision under GDPR (see references: Document 0-6, where each is a single page).
The important comments are:

Where is the DPA defective?

The main areas of concern about the DPA in the context of the GDPR that I have identified in this decade long Freedom of Information process are as follows:

Note that the last five in the above list relate to enforcement issues and improperly implemented data subject rights. They serve to reinforce the widely-held perception in Europe that the UK enforcement regime is weak.
Some of the issues raised by the Commission have been resolved by the UK Courts over time. For instance, the right to compensation in the DPA was limited to damage that could be assessed on monetary grounds. In the case of Johnson v Medical Defence Union, the Court of Appeal stated that compensation for distress would only be available where a claimant could also show pecuniary loss.
This was overturned in the Court of Appeal in Google Inc. v Vidal-Hall & Ors which ruled that section 13(2) of the Data Protection Act should be ignored as it was a deficient implementation of Article 23 of Directive 95/46/EC. Note that it took 14 years, and a long march through the legal institutions, to fix this “bug”.
Other issues have been resolved by CJEU Judgements which do not apply in a post-Brexit UK. For instance, I am sure that the domestic purpose exemption (Section 36 of the DPA) was criticised by the Commission as being too broad; this was subject to a landmark ruling in Lindqvist, which narrowed its scope to processing of personal data for “purely personal” matters.
I do not know what the missing 10+ issues are; they have to be kept secret so not to “prejudice international relations”.

The fact that a score of issues was identified as potential defects suggests that the DPA was, from the European perspective, implemented well below the minimum standard required (and deliberately so). Quite simply, the UK has applied a “minimal implementation” policy to the implementation of Directive 95/46/EC.
If this policy continues with GDPR implementation (eg, all the indications are that the government intends to take maximum advantage of the flexibility that the GDPR gives to Member States in 50+ Articles), then a minimal implementation policy is likely to jeopardise any adequacy determination by the European Commission.
The conclusion that I have reached is that the risk of a “GDPR-lite” implementation is significant; it follows that the risk of the UK not getting an adequacy determination is therefore high. That is why “a hard Brexit” could be very relevant to those with Third Country transfer issues.
This conclusion is not helped by stated government policy that, in a post-Brexit UK, it can ignore CJEU judgements (and by implication European Data Protection Board determinations concerning harmonising the GDPR across European Union). Such a policy, if implemented, is also likely to jeopardise any adequacy determination from the Commission.
In summary, 60,000,000 UK data subjects, 500,000 data controllers and a host of Parliamentary Committees have been kept ignorant, for over a decade, about the alleged defects in the UK’s DPA by successive governments. From the ID Card database in 2004 to the widespread data sharing policies of the Digital Economy Bill of 2017, ministers down the ages have reassured Parliament that privacy is preserved: “Don’t worry, the personal data are protected by the DPA”.
All these statements are wholly misleading, and in many circumstances, ministers or their civil servants knew they were misleading. Any evidence lies in these infraction documents which, for reasons I cannot fathom, are being kept secret.
This state of affairs now risks carrying over to the GDPR. If so, then this could torpedo any hopes of an adequacy determination by the Commission.