Congressional appropriators gifted the Pentagon with approval to spend money on its heavily scrutinized enterprise program as conferees removed earlier restrictions from the House version of the Department of Defense’s fiscal year 2020 appropriations bill.

In the budget documents accompanying a defense spending bill released Dec. 16, House and Senate negotiators stripped language from the House version that would’ve prevented the DoD from using funds to migrate applications and data to its controversial Joint Enterprise Defense Infrastructure (JEDI) cloud, which the department awarded to Microsoft in October.

Budget documents accompanying the House version of the bill in May prohibited funds from being spent on migration to the JEDI cloud until the DoD chief information officer “provide[d] a report to the congressional defense committees on how the department plans to eventually transition to a multi-cloud environment.” 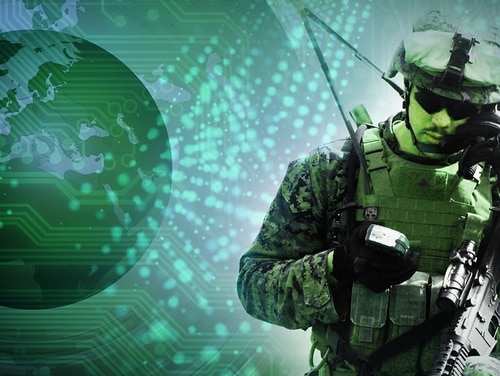 According to budget agreement documents, the DoD CIO’s office submitted a report since the House bill that detailed how the DoD “plans to transition to a multi-cloud environment and satisfied the conditions that prohibited the obligation and expenditure of funds to migrate data and applications to the Joint Enterprise Defense Infrastructure cloud.”

The conference agreement, completed just days before the Dec. 20 government shutdown deadline, is a significant step forward for the contract that has drawn ire from several members of Congress. DoD CIO Dana Deasy recently indicated that there were 14 early adopters waiting to migrate systems over to the enterprise cloud, including the Navy and at least two combatant commands.

To satisfy the requirements from the House bill, Deasy had to provide the committee with “a list of specific contracting opportunities for commercial cloud services the Department is contemplating over the next two years; a description of each contract opportunity; whether it will be structured as a full and open competition or sole source contract; the Department’s planned use for the cloud service; the estimated fiscal year and quarter for the release of each solicitation; planned contract type and structure; and estimated maximum contract value and period of performance, including each option.”

Deasy said Dec. 12 that there was “something like” 10 more cloud contracts forthcoming over the next two years.

If the minibus appropriations bill that includes funding for several other cabinet departments is passed and signed into law by President Donald Trump, the DoD CIO will have to submit a quarterly report to Congress detailing its efforts to implement its cloud strategy, the budget documents state.

The DoD is already a “multi-cloud” environment. But with over 500 clouds throughout the enterprise, Deasy has indicated that he wants to reduce the number of siloed clouds in the agency, saying Dec. 12 that “we sure in the heck don’t need 100 clouds, we probably don’t need 50 clouds, but we definitely need more than one or two clouds.”

The DoD cloud strategy explicitly says that it will take a “multi-cloud, multi-vendor” approach to its cloud environment. For the last two years of the JEDI procurement process, the department has struggled to quell fears and misunderstanding in industry and Congress about the JEDI cloud existing has the DoD’s sole cloud. The DoD strategy calls for a general purpose cloud and several fit-for-purpose clouds, though the department said it will move 80 percent of its systems over to the JEDI cloud.