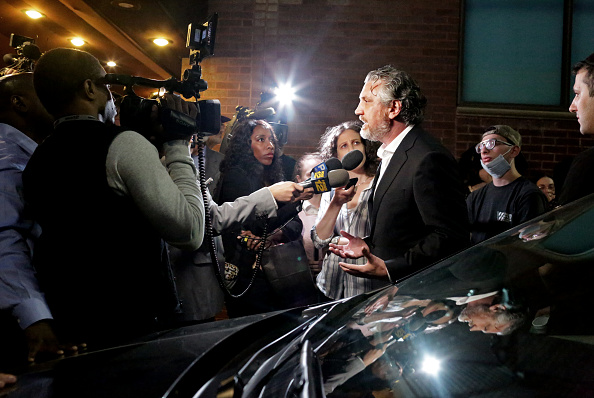 A small but vociferous pack of anti-vaccination protesters deterred New Jersey lawmakers on Monday from voting on a bill to ban vaccination exemptions based on religious grounds.

The vote is now postponed. The bill’s sponsors plan to whip up support and another vote by the end of the legislative session on January 14, 2020.

The bill, S2173, would ban religious vaccination exemptions for kids attending all schools in the state—preschool through college, public and private—as well as those attending childcare centers. Under the proposed law, the only children allowed to be exempted from vaccination requirements are those who have medical grounds that are consistent with those laid out by the Centers for Disease Control and Prevention.

Federal medical exemption guidelines apply to children who have documented and severe reactions to vaccinations or children with medical conditions or treatments that compromise their immune systems, such as cancer patients receiving chemotherapy, children with congenital immunodeficiencies, or those immunocompromised by an HIV infection.

The strict vaccination requirements proposed come in the wake of massive outbreaks of measles this year that threatened the country’s status of having eliminated the highly contagious, vaccine-preventable disease.

If the ban passes, New Jersey will join California, Maine, Mississippi, New York, and West Virginia in having similar bans on religious-based exemptions.

S2173 sailed through the state Assembly Monday. After about 20 minutes of debate, it passed in a 45-25 vote with six abstentions. But this raucous protest from anti-vaccine advocates seemed to derail the scheduled vote in the state Senate.

Roughly two dozen incensed advocates stationed themselves just outside the Senate chamber doors, according to Politico. They taunted and hurled religious incantations at anyone entering or exiting. Some of their chants targeted lawmakers considered to be swing votes on the bill, such as Sen. Joe Lagana (D-Bergen). Protesters shouted “La-ga-na” through the Senate door.

Overall, the clamor was loud enough to drown out actions on the Senate floor.

When lawmakers announced just after 8pm that the vote would be postponed, the protesters cheered. Among them was anti-vaccine advocate Sue Collins, who told The New York Times that the postponed vote was a “victory.”

“The Legislature stood with us,” she said.

Senate President Stephen Sweeney strongly disagreed. “They can cheer all they want. We’re not walking away from it,” he told reporters afterward. Sweeney explained that they delayed the vote because there was “just some people changing back and forth” throughout the day, according to Politico. “We expected to pass the bill and we will pass this bill.”

He added to reporters that “It’s just remarkable how people are looking at this and not trusting the science on it at all. They’re trusting the Internet.”

Some Republican lawmakers opposed to the ban argue that it takes away people’s rights. According to an earlier report on the bill from NJ Advance Media, Sen. Gerald Cardinale (R-Bergen) said that “even though I would make a different choice from the [anti-vaccine] people in this room, it’s their right to be wrong. It’s their own right to follow their conscience.”

However, such an argument neglects the public health aspects of population-wide immunization efforts, proponents of the measure say. Vaccinations protect those immunized from dangerous and life-threatening diseases plus indirectly shield the vulnerable who are too young or medically unable to be vaccinated via herd immunity.

“There is no exemption for drunk driving or wearing a seat belt, there should not be an exemption from a patently safe vaccine that, if not taken, puts the health and well-being of our children at risk,” Senate Majority Leader Loretta Weinberg, the bill’s co-sponsor, told the Associated Press.