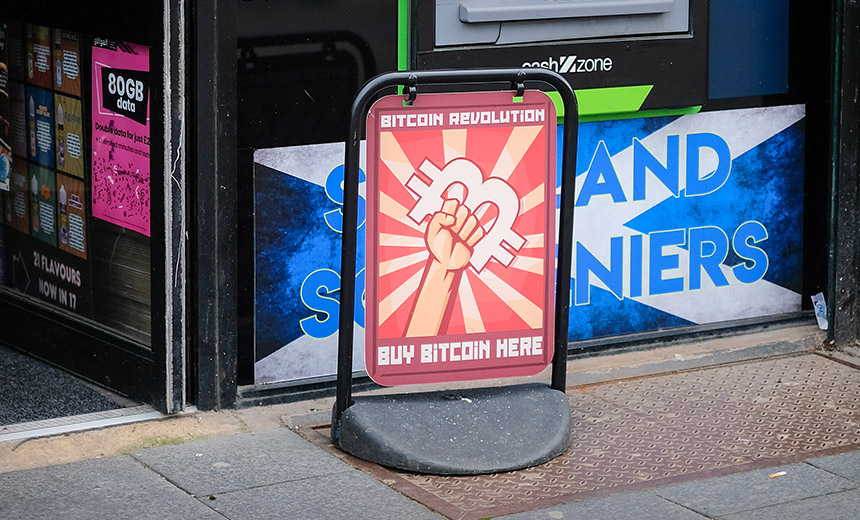 Cybercrime wouldn’t exist as we know it today without there being a multitude of technologies and services, including cryptocurrency, that criminals have been able to turn to their advantage.

That point has been driven home in the latest Internet Organized Crime Threat Assessment from Europol, the EU’s law enforcement intelligence agency. The IOCTA report is based on what law enforcement agencies across the 27 EU member states have been seeing in the course of their investigations during the past year (see: Cybercrime: 12 Top Tactics and Trends).

“Cryptocurrencies are a perfectly legal payment mechanism in most countries, but what we see is a move to more privacy-enhanced cryptocurrencies.”

Cryptocurrency is one of the prime examples. “Cryptocurrencies are a perfectly legal payment mechanism in most countries, but what we see there is a move to more privacy-enhanced cryptocurrencies,” Philipp Amann, head of strategy at Europol’s European Cybercrime Center, tells me.

To be clear, bitcoins and other virtual currencies are also a frequent target of many criminals, who continue to target cryptocurrency wallets being held by individuals, organizations and cryptocurrency exchanges. A successful exchange heist, for example, can potentially net attackers millions of dollars’ worth of cryptocurrency.

During 2019, the report counted 10 successful hits against exchanges hosting digital wallets for their customers, leading to the loss of €240 million ($281 million). While that was a record number of attacks, the record loss on an annual basis so far remains €950 million ($1.1 billion) in 2018, largely due to the nearly €500 million stolen from Japanese exchange Coincheck.

For these reasons, darknet markets also rely on cryptocurrencies, sometimes offering escrow services that hold a buyer’s payment to a seller until the buyer receives their goods. Given that millions of dollars’ worth of cryptocurrency might be in escrow at any given time, however, the temptation for administrators to simply run away with it all and leave the market to die – in what’s known as an exit scam – continues to be strong, as the recent fall of the Empire market demonstrates.

Accordingly, Europol predicts that “more marketplaces are likely to deprecate the traditional centralized model with deposit and escrow accounts in favor of direct transactions between buyers and sellers, decreasing the influence of market administrators and discouraging exit scams.”

Investigators have the ability to “follow the money” even where cryptocurrencies are concerned, including with bitcoin. But law enforcement officials say that the rise of more privacy-focused cryptocurrency, such as monero, zcash, and dash, has made tracing transactions more difficult.

“Privacy-focused services aside, the bitcoin protocol itself is expected to soon implement features that will make it less transparent to casual observers and investigators alike,” Europol’s report notes.

Criminals have long employed tumbling, which means using a third-party service or technology to launder bitcoins by attempting to mix them by routing them between numerous addresses.

More recently, criminals have also begun using a legitimate concept known as “coinjoin,” which is offered by Samurai and Wasabi and sometimes built into cryptocurrency wallets as a feature. This involves users agreeing to mix their virtual coins together while paying for separate transactions, which can make individual transactions much tougher to trace.

To help stop the flow of illicit cryptocurrency funds, more governments are attempting to make exchanges implement classic anti-fraud and anti-money laundering tactics, including know your customer – KYC – rules. Some government agencies, such as the U.S. Internal Revenue Service, have also been investing in new tools for tracking such transactions.

“Exchanges still differ in the degree to which they address the issue and the level of assistance they provide to investigators,” Europol’s report states. But it notes that numerous exchanges have been improving their KYC practices and flagging suspicious users and transactions.

“In Europe, the most important legislative development in this area was a transposition of the 5th Anti-Money Laundering Directive,” the IOCTA report notes. “The directive states that cryptocurrency exchanges and wallet providers who own private keys of their clients are obliged entities, mandating them, among other things, to a proper identification of their clients.” All 27 EU member states were required to implement the directive via national laws by January. But at that point, only 20 had done so – although Europol says more have been doing so this year.

Such moves won’t stop criminals from being able to use cryptocurrency to profit from cybercrime or otherwise launder ill-gotten gains. But the increased monitoring of such transactions could help give authorities a better edge when they attempt to track and disrupt criminal enterprises.