A group of thieves thought to be responsible for collecting millions in fraudulent small business loans and unemployment insurance benefits from COVID-19 economic relief efforts gathered personal data on people and businesses they were impersonating by leveraging several compromised accounts at a little-known U.S. consumer data broker, KrebsOnSecurity has learned. 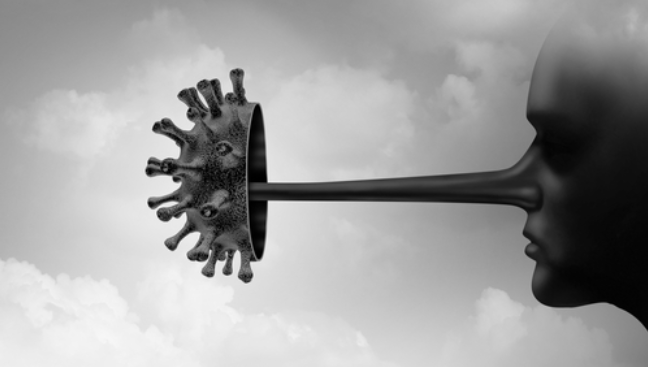 In June, KrebsOnSecurity was contacted by a cybersecurity researcher who discovered that a group of scammers was sharing highly detailed personal and financial records on Americans via a free web-based email service that allows anyone who knows an account’s username to view all email sent to that account — without the need of a password.

The source, who asked not to be identified in this story, said he’s been monitoring the group’s communications for several weeks and sharing the information with state and federal authorities in a bid to disrupt their fraudulent activity.

The source said the group appears to consist of several hundred individuals who collectively have stolen tens of millions of dollars from U.S. state and federal treasuries via phony loan applications with the U.S. Small Business Administration (SBA) and through fraudulent unemployment insurance claims made against several states.

KrebsOnSecurity reviewed dozens of emails the fraud group exchanged, and noticed that a great many consumer records they shared carried a notation indicating they were cut and pasted from the output of queries made at Interactive Data LLC, a Florida-based data analytics company.

Interactive Data, also known as IDIdata.com, markets access to a “massive data repository” on U.S. consumers to a range of clients, including law enforcement officials, debt recovery professionals, and anti-fraud and compliance personnel at a variety of organizations.

The consumer dossiers obtained from IDI and shared by the fraudsters include a staggering amount of sensitive data, including:

-full Social Security number and date of birth;
-current and all known previous physical addresses;
-all known current and past mobile and home phone numbers;
-the names of any relatives and known associates;
-all known associated email addresses
-IP addresses and dates tied to the consumer’s online activities;
-vehicle registration, and property ownership information
-available lines of credit and amounts, and dates they were opened
-bankruptcies, liens, judgments, foreclosures and business affiliations

Reached via phone, IDI Holdings CEO Derek Dubner acknowledged that a review of the consumer records sampled from the fraud group’s shared communications indicates “a handful” of authorized IDI customer accounts had been compromised.

“We identified a handful of legitimate businesses who are customers that may have experienced a breach,” Dubner said.

Dubner said all customers are required to use multi-factor authentication, and that everyone applying for access to its services undergoes a rigorous vetting process.

“We absolutely credential businesses and have several ways do that and exceed the gold standard, which is following some of the credit bureau guidelines,” he said. “We validate the identity of those applying [for access], check with the applicant’s state licensor and individual licenses.”

Citing an ongoing law enforcement investigation into the matter, Dubner declined to say if the company knew for how long the handful of customer accounts were compromised, or how many consumer records were looked up via those stolen accounts.

“We are communicating with law enforcement about it,” he said. “There isn’t much more I can share because we don’t want to impede the investigation.”

The source told KrebsOnSecurity he’s identified more than 2,000 people whose SSNs, DoBs and other data were used by the fraud gang to file for unemployment insurance benefits and SBA loans, and that a single payday can land the thieves $20,000 or more. In addition, he said, it seems clear that the fraudsters are recycling stolen identities to file phony unemployment insurance claims in multiple states.

Hacked or ill-gotten accounts at consumer data brokers have fueled ID theft and identity theft services of various sorts for years. In 2013, KrebsOnSecurity broke the news that the U.S. Secret Service had arrested a 24-year-old man named Hieu Minh Ngo for running an identity theft service out of his home in Vietnam.

Ngo’s service, variously named superget[.]info and findget[.]me, gave customers access to personal and financial data on more than 200 million Americans. He gained that access by posing as a private investigator to a data broker subsidiary acquired by Experian, one of the three major credit bureaus in the United States.

Experian was hauled before Congress to account for the lapse, and assured lawmakers there was no evidence that consumers had been harmed by Ngo’s access. But as follow-up reporting showed, Ngo’s service was frequented by ID thieves who specialized in filing fraudulent tax refund requests with the Internal Revenue Service, and was relied upon heavily by an identity theft ring operating in the New York-New Jersey region.

Also in 2013, KrebsOnSecurity broke the news that ssndob[.]ms, then a major identity theft service in the cybercrime underground, had infiltrated computers at some of America’s large consumer and business data aggregators, including LexisNexis Inc., Dun & Bradstreet, and Kroll Background America Inc.

In 2006, The Washington Post reported that a group of five men used stolen or illegally created accounts at LexisNexis subsidiaries to lookup SSNs and other personal information more than 310,000 individuals. And in 2004, it emerged that identity thieves masquerading as customers of data broker Choicepoint had stolen the personal and financial records of more than 145,000 Americans.

Those compromises were noteworthy because the consumer information warehoused by these data brokers can be used to find the answers to so-called knowledge-based authentication (KBA) questions used by companies seeking to validate the financial history of people applying for new lines of credit.

In that sense, thieves involved in ID theft may be better off targeting data brokers like IDI and their customers than the major credit bureaus, said Nicholas Weaver, a researcher at the International Computer Science Institute and lecturer at UC Berkeley.

“This means you have access not only to the consumer’s SSN and other static information, but everything you need for knowledge-based authentication because these are the types of companies that are providing KBA data.”

The fraud group communications reviewed by this author suggest they are cashing out primarily through financial instruments like prepaid cards and a small number of online-only banks that allow consumers to establish accounts and move money just by providing a name and associated date of birth and SSN.

While most of these instruments place daily or monthly limits on the amount of money users can deposit into and withdraw from the accounts, some of the more popular instruments for ID thieves appear to be those that allow spending, sending or withdrawal of between $5,000 to $7,000 per transaction, with high limits on the overall number or dollar value of transactions allowed in a given time period.

KrebsOnSecurity is investigating the extent to which a small number of these financial instruments may be massively over-represented in the incidence of unemployment insurance benefit fraud at the state level, and in SBA loan fraud at the federal level. Anyone in the financial sector or state agencies with information about these apparent trends may confidentially contact this author at krebsonsecurity @ gmail dot com, or via the encrypted message service Wickr at “krebswickr“.

The looting of state unemployment insurance programs by identity thieves has been well documented of late, but far less public attention has centered on fraud targeting Economic Injury Disaster Loan (EIDL) and advance grant programs run by the U.S. Small Business Administration in response to the COVID-19 crisis.

Late last month, the SBA Office of Inspector General (OIG) released a scathing report (PDF) saying it has been inundated with complaints from financial institutions reporting suspected fraudulent EIDL transactions, and that it has so far identified $250 million in loans given to “potentially ineligible recipients.” The OIG said many of the complaints were about credit inquiries for individuals who had never applied for an economic injury loan or grant.

The figures released by the SBA OIG suggest the financial impact of the fraud may be severely under-reported at the moment. For example, the OIG said nearly 3,800 of the 5,000 complaints it received came from just six financial institutions (out of several thousand across the United States). One credit union reportedly told the U.S. Justice Department that 59 out of 60 SBA deposits it received appeared to be fraudulent.