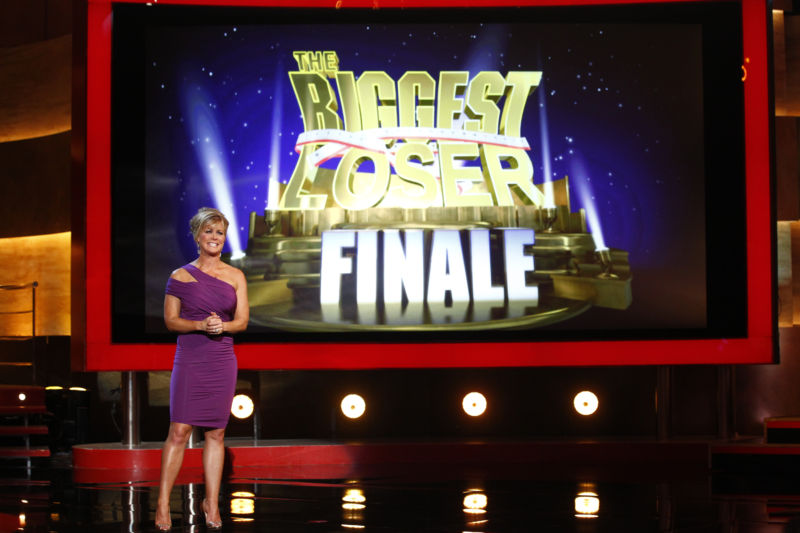 The reality television game show Biggest Loser is getting a reboot and a revamp after numerous scientific studies and analyses concluded that the extreme weight-loss contest is harmful to both contestants and society at large. But, the changes are unlikely to address the bulk of the criticism.

In an interview with People magazine this month, Biggest Loser host Bob Harper said that the new version is “not about getting skinny, it’s about getting healthy.”

Harper, who is also a personal trainer, told the magazine that “the whole look of the show is going to be so different,” and that it now takes a “whole-body approach” to weight loss.

“We’re looking at changing the way that [the contestants] eat, the way that they think and how they move their body,” Harper said. The show will also emphasize “the importance of managing their stress and how important sleep is when it comes to weight loss.” He added that the show will feature contestants “getting off medication, reversing their type 2 diabetes, lowering their blood pressure.”

The reboot will be out early next year on the USA Network. It previously had a 17-season, 13-year run on NBC, which ended in 2016.

Some of the new messaging and language is likely to draw praise from health experts and researchers, particularly the focus on being “healthy” rather than “skinny.” There are certainly many unhealthy ways to lose weight—which, according to some experts, includes some of the methods used on the show.

Health experts might also appreciate the more holistic approach that the show is taking. Obesity can have many contributing lifestyle and genetic factors.

That said, much of the criticism of the game show will likely stand. It still has contestants trying to lose large amounts of weight quickly, and it still uses competitive weigh-ins, placing emphasis on weight rather than health and potentially encouraging contestants to use dangerous methods to win, such as disordered eating.

Studies of past contestants have indicated that the extreme, rapid weight loss on the show—in some cases hundreds of pounds over the course of just months—can dramatically slow metabolic rates and make weight gain incredibly hard to avoid. Many gain the weight back and more in the months and years that follow. In a 2016 study, 14 former contestants saw a large drop in their resting metabolic rate that lasted at least six years. (Resting metabolic rate is the rate at which the body burns calories while resting. This generally makes up the bulk of calorie burning, exceeding calories burned from breaking down food and exercising.)

At the start of the show, the contestants’ mean resting metabolic rate was 2,607 +/-649 kilocalories per day. By the end, that mean fell to 1,996 +/- 358 kcal per day and, six years later, was still 1,903 +/- 466 kcal/day. Based on their individual weights, the researchers estimate that the contestants were burning an average of about 500 fewer kilocalories a day than would be expected of people their size.

Another six-year follow-up study by the same researchers found that former contestants had to take on more than triple the amount of recommended exercise to keep from packing the pounds back on. Generally, the finding backs up other, larger studies suggesting that exercise may be key to maintaining weight loss (though not typically at such a high level).

All together, the findings suggest that the Biggest Loser contestants were unable to maintain their losses and may have been worse off after the show, in terms of metabolic rate.

In an interview with The Washington Post, Cynthia Thomson, a health promotion sciences professor at the University of Arizona, noted that these undesirable outcomes were unlikely to be lessened by the show’s new “whole-body approach.”

“When you take people who really have quite significant metabolic dysfunction and body size and you do this rapid weight loss, I don’t care if you help them with sleep or you give them a class on stress or teach them how to breathe and relax,” Thomson said. “It’s just not going to be enough if you have put them through this 100-pound weight loss in a very short time period.”

The revamp may not improve things for viewers, either. Several research groups have suggested that the show’s depictions of obese contestants taking on grueling exercise regimens and extremely restrictive diets to quickly lose large amounts of weight end up reinforcing in viewers the stigmatizing idea that weight gain is based on a lack of will-power. A 2012 study found that viewers had significantly higher levels of dislike of overweight people after watching just 40 minutes of the show. Likewise, a 2016 analysis argued that the show undermines public health efforts to combat obesity by sending the message that being obese is a personal failing and potentially ostracizes viewers interested in losing weight.

In the US, nearly 40 percent of adults and 18.5 percent of children and teens (aged 2 to 19) are obese. Experts recommend that people attempting to lose weight do so at a safe, realistic pace by adopting a sustainable diet and tangible, but attainable, exercise goals. And, rather than focusing on achieving some ideal weight, people trying to lose should focus on making changes that improve health, such as lowering cholesterol and blood pressure. Even modest weight loss of five percent of your starting weight can have health benefits, according to the Centers for Disease Control and Prevention.