Barr: US Should Invest in Nokia, Ericsson 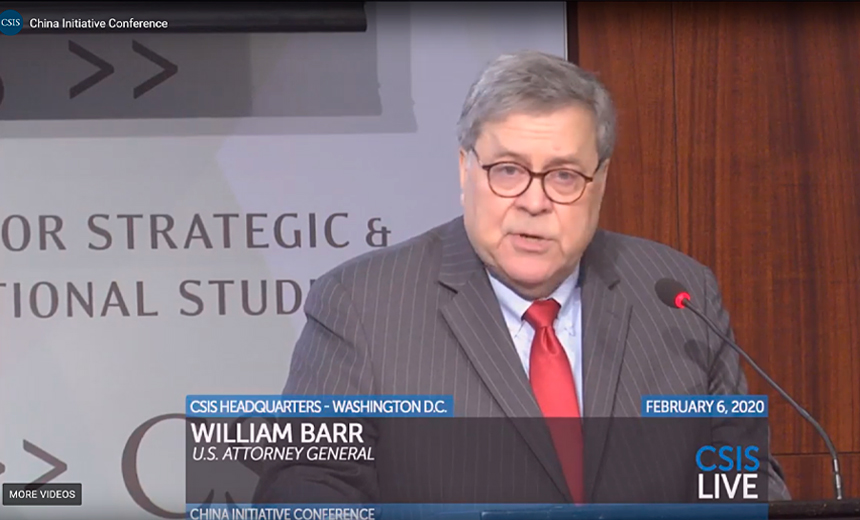 U.S. Attorney General William Barr says the United States and its allies should take a “controlling stake” in Huawei’s chief competitors, Findland’s Nokia and Sweden’s Ericsson, to help make them more viable and improve the security of emerging 5G networks.

Chinese-led cyber espionage is the biggest threat for countries around the world as they begin rolling out 5G networks if they rely on technologies from Chinese manufacturer Huawei, Barr said in a speech on Thursday.

Barr said the alignment with the two European firms could take place “through American ownership of a controlling stake, either directly or through a consortium of private American and allied companies. Putting our large market and financial muscle behind one or both of these firms would make it a far more formidable competitor and eliminate concerns over its staying power, or their staying power. We and our closest allies certainly need to be actively considering this approach.”

Combined, Ericsson and Nokia have a market capitalization of about $50 billion, Reuters reports. Barr’s comments lacked specifics of how the U.S. and its allies, or private firms, would be able to take a controlling stake in companies of this size.

Speaking at a conference in Washington Thursday organized by the Center for Strategic and International Studies, Barr said that China’s unchecked dominance in producing technologies to support 5G networks could pose a “monumental danger” to U.S. national security.

As the U.S. and other countries prepare the rollout of 5G networks and the new types of internet-connected technologies that these networks will create, Barr said, China could increase its state-sponsored surveillance programs as well as increase its ability to steal intellectual property through hacking and other cyber activities if the networks rely heavily on Chinese equipment.

“Chinese theft by hacking has been prominent,” Barr said. “China’s economic aggression and theft of intellectual property comes with an immense cost. It is estimated that the annual cost to the U.S. economy could be as high as $600 billion.”

FBI Director Christopher Wray told conference attendees that the threats from China are “diverse and multilayered,” adding that China is ramping up its cyber intrusion and espionage capabilities through Chinese “corporate insiders.”

“Their intelligence services also increasingly hire hacking contractors who do the government biddings to try to obfuscate the connection between the Chinese government and the theft of our data,” Wray said.

The comments from Barr and Wray come as the Trump administration continues to pressure its allies around the world to stop using or remove Huawei gear from their telecommunication networks, saying the equipment poses a security risk. But the U.K. recently approved the limited use of Huawei equipment in non-sensitive areas for 5G networks (see: Will UK’s Huawei Decision Become a 5G Rollout Blueprint?).

While Barr highlighted the steps that Trump administration has taken toward banning Huawei from participation in 5G rollouts in the U.S. and elsewhere, he noted that the next challenge lies in finding alternative telecom equipment suppliers.

Because 5G technology primarily relies on semiconductors and fiber optics, among other materials, Barr said China will continue to have the largest domestic share of 5G equipment, allowing the country to scale up its investments around the world and remain an integral part of the global telecom supply chain.

“The more China gains ground as a supplier of 5G infrastructure, the more it will also gain ground in all the constituent technologies that undergird 5G technology,” Barr said.

In January, a bipartisan group of U.S. senators introduced legislation that would create a $1 billion fund to help other companies build equipment to compete with Huawei and other Chinese firms.

Barr also noted in his speech that the U.S. Justice Department is preparing to ramp up investigations and prosecutions against those suspected of spying for China or carrying out intellectual property theft against American firms.

“Those actions by China are continuing, and you should expect more indictments and prosecutions in the future,” Barr said.

While the U.S. and China reached an agreement pledging not to steal each others’ intellectual property, American prosecutors and politicians have accused China of breaking that agreement, a charge that China has denied.

In July, for example, Reuters reported that six major cloud services providers apparently were victims of Cloud Hopper, an umbrella name for deep cyber intrusions suspected to originate in China. Those companies and law enforcement are still trying to determine what data may have been compromised (see: Cloud Hopper: Major Cloud Services Victims Named).