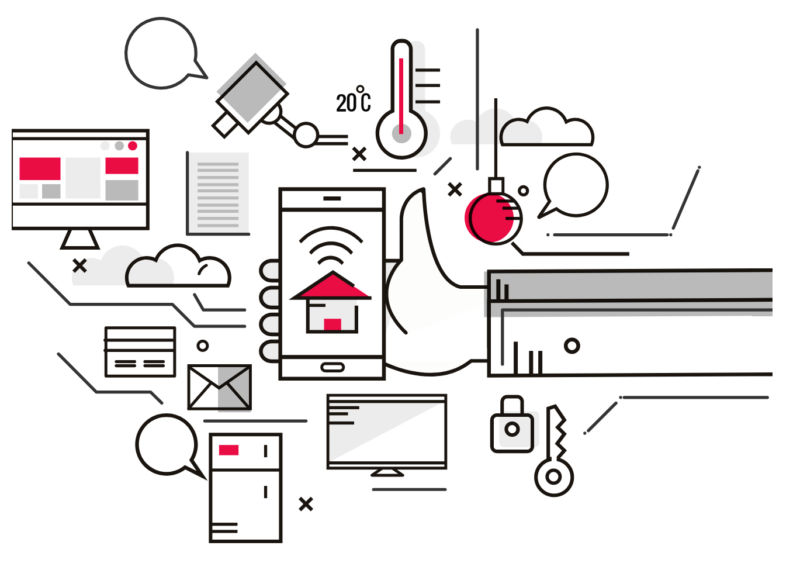 Apple, Google, Amazon, and the Zigbee Alliance have all teamed up to make a new smart home standard. The new working group went live today under the name of “Project Connected Home over IP” with announcement blog posts from Google, Apple, Zigbee, and a new website, connectedhomeip.com. The name doesn’t sound too catchy until you realize “Connected Home over IP” abbreviates to “CHIP” which, across all these blog posts, is quietly used only a single time in the official FAQ.

According to the new website, “The goal of the Connected Home over IP project is to simplify development for manufacturers and increase compatibility for consumers.” But thanks to XKCD, we all know that one new standard to “unite them all” often just results in making one additional standard available, but assuming the companies involved actually support their own standard, this could—maybe—make things easier for consumers.

Currently, Apple’s smart home ecosystem is HomeKit, and it works over IP (usually Wi-Fi) and Bluetooth LE. Amazon has the “Works with Alexa” program, and while Echos can handle IP connections, the smart home focused models also have Zigbee (an IEEE 802.15.4-based low-power, low-data-rate mesh network) built into them. Google being Google means it has several overlapping and competing smart home ecosystems at various stages of adoption. The company is working on shutting down the “Works with Nest” ecosystem in favor of the “Works with Google Assistant” ecosystem, which is IP-based. Google’s Nest division has also cooked up the “Thread” network protocol, which, just like Zigbee, is an IEEE 802.15.4-based low-power, low-data-rate mesh network. While Thread can be radio compatible with Zigbee’s ~900MHz or 2.45Ghz signal, Thread adds the ability to be wrapped in an IP packet and travel over Wi-Fi or the Internet. Nest also has the “Weave” communication standard, which defines how to send a message like “turn on the light” over the Thread or Wi-Fi network.

It’s impossible to know how truly committed each company is to Project CHIP at this stage, but the promised goal of building devices that are “compatible with smart home and voice services such as Amazon’s Alexa, Apple’s Siri, Google’s Assistant, and others” sounds great. Compatibility with the major voice-command systems is a primary concern for any new smart home product, and being able to tackle the big three with a single standard sounds a lot easier than implementing three separate APIs.

Project CHIP is open source. The site says “The reference implementation of the new standard, and its supporting tooling, will be developed and maintained on the GitHub open source platform for all aspects of the specification. Please stay tuned for more information.” The website also says the new standard will be “royalty-free,” which is not currently the case for Zigbee or Apple’s HomeKit.