Researchers: Information Could Be Used for Phishing, Other Schemes Akshaya Asokan (asokan_akshaya) • April 21, 2020 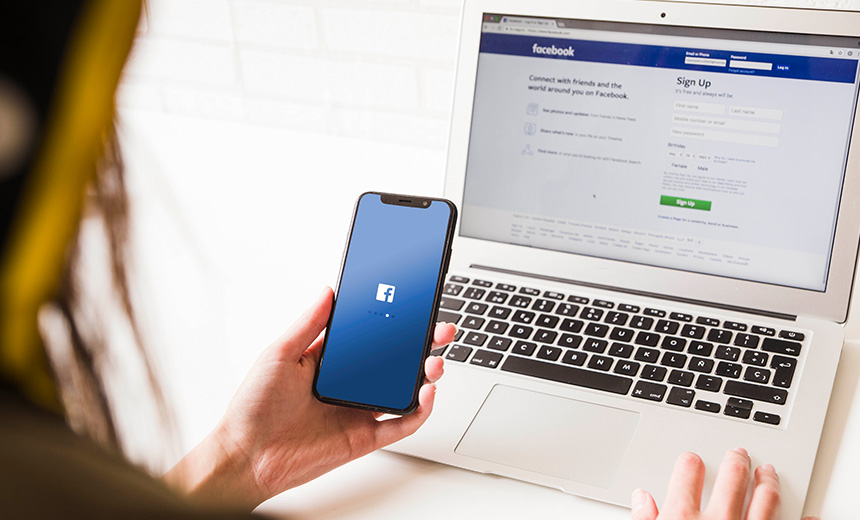 About 267 million Facebook user IDs and other user information is being offered for sale on a dark net site for about $540, according to cybersecurity intelligence firm Cyble, which says the data, which does not include passwords, could be used for phishing and other schemes.

To verify what data was being offered for sale, the security firm bought access to the database from a “credible threat actor” through a dark net forum, says Cyble CEO Beenu Arora.

While the database does not contain passwords, Cyble researchers verified it includes users’ names, Facebook IDs, email addresses as well as their last connection, status and age. Cybercriminals could use this data for phishing and spamming campaigns as well as identity theft and credential stuffing attacks, the researchers warn.

Since then, the data been added to AmIbreached.com, the company’s data breach monitoring platform, which allows users to check their personal data, such as an email address, against the firm’s database of known stolen and compromised data.

Arora says Facebook has been aware of this leaked user data since 2019. A spokesperson for Facebook told Information Security Media Group on Tuesday: “We are looking into this issue, including the origin and age of the information contained in the database.”

It’s unclear how a threat actor obtained the Facebook user data. Cyble analysts, however, suspect it may have been obtained through an illegal data scraping scheme or possibly through an API that the social media company opened up to third-party developers.

In the case that Diachenko describes, cybercriminals not only uploaded the data to an online database, but also posted it to a hacker forum on Dec. 12. Most of the data came from U.S. Facebook users, according to the report.

Reacting to that report in December, a Facebook spokesperson told Information Security Media Group that the company was looking into the leak and that some of the information was obtained before the company made changes to its platform to give users more control over their privacy and personal data. These changes followed the fallout from the Facebook user data that Cambridge Analytica obtained before the 2016 U.S. presidential election (see: Facebook: 87M Accounts May Have Been Sent To Cambridge Analytica).