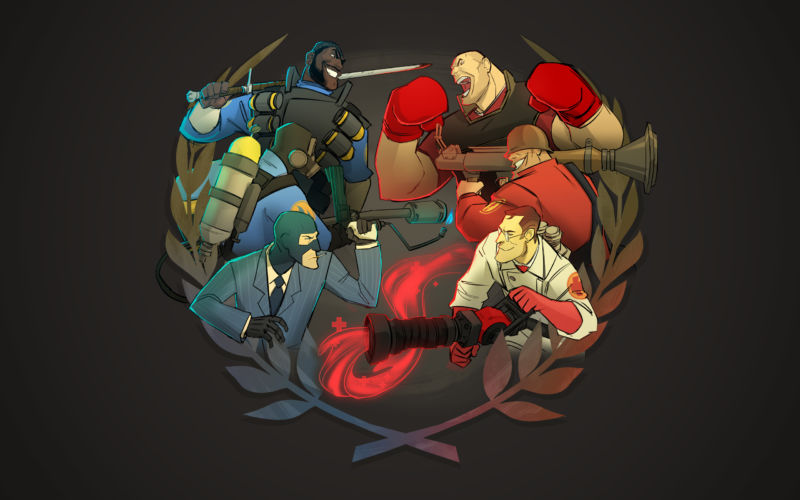 Enlarge / Team Fortress 2 on PS3 is the only way to play the “classic” version of the team shooter, without the new guns and features that changed the game drastically.

Team Fortress 2 was Lars Nilsen’s favorite game. He’s spent hundreds of hours running between rooftops as the scout in 2Fort and dominating points on Dustbowl as a demoman since he picked up the quirky team shooter in 2011.

After playing consistently for five years, Nilsen took a break in 2016 to focus on other things. Still, the class-based charm and powerful combo of the heavy/medic uber-charge eventually convinced him to come back. He booted up the game in April of 2019, hoping to get into the habit of erecting dispensers once again.

There was just one problem, though. He couldn’t join a match.

That’s because Nilsen had been playing the PS3 version of Team Fortress 2, a game that has been long neglected by Valve and server host EA since its 2007 launch. While the PC version receives updates from Valve to this day, the PS3 version of the game hasn’t received any official updates, patches, or new content since it first came out. In April, Nilsen found he could still connect to the server and mess with his settings, but he couldn’t actually play.

Unlike its Xbox 360 cousin, the PS3 version of TF2 seemed practically dead on arrival in 2007, let alone 12 years later. But this version of the game wasn’t dead, as Nilsen would soon find out after joining the Discord server linked in the lobby of the server menu. There, he joined a fledgling community of Team Fortress 2 players who preferred the vanilla PS3 version of the game over all other versions, despite its many shortcomings.

“The [server] menu was modded [via hacked PS3 save files] so I found the [Team Fortress 2 PS3 community] Discord through that,” Nilsen told me over Discord. “I met some guys through that and I think me and [Adrian Francis] got really pumped up trying to fix this problem [of the dead servers].”

While the game’s PS3 servers had gone down sporadically over the years, they had always come back up. In April, though, Nilsen and others in the Discord thought the PS3 game might not be coming back. “I just had a random thought to boot the game up around Easter, I expected it to be shut down,” he said. “But was surprised that I was wrong. Since it was technically online still, just not in an optimal state, I knew all hope wasn’t lost.”

From that sliver of hope, Nilsen, Francis, and other members of the PS3 TF2 community embarked on a quest to get someone to listen to their pleas.

In late April, Francis and Nilsen started “reaching out to every Valve and EA employee, every customer service department we could, since we didn’t know exactly who was running the servers,” Nilsen told me. “Even though most clues pointed towards EA, we weren’t sure since they would never confirm it.”

Both Nilsen and Francis had been talking with EA customer service representatives through a long Twitter direct message thread. The customer service reps, who always sent them in circles, signed their names as a conversation got started. “Sue” and “Bob” said they couldn’t help the small community because the servers were Valve’s responsibility. Then “Scooter” came into the picture, and he saw things differently.

“[Nilsen] and I tried for ages with EA but they always denied they had anything to do with it,” Francis, a UK-based player, told me via Discord. “But [Nilsen] got lucky one day and managed to talk to Scooter from EA.”

“After wasting hours on outsourced customer service chats to India, I tried to message the EA_Help Twitter account and forgot about it,” Nilsen said. “I later checked my Twitter, and this guy Scooter from EA confirmed to me he sent a request forward and also confirmed that they were running the servers.”

Only a few days later, on May 1, the servers were up and running again. Nilsen, Francis, and others could join a match and enjoy all the sticky bomb fragging and spy backstabs they wanted to. “It was just plain luck that I got in contact with him,” Nilsen said. “Adrian tried just as hard. And also, if we tried to ask other employees over there, they always say, ‘That’s not EA who handles this, it’s Valve’ even though this other employee confirmed it. So now, it’s always ‘Cut the crap, give us Scooter!’”

Since May, Scooter has had to intervene five or six times to get the servers up and running after brief outages. But with that internal support, the community continues to grow and thrive on the outdated console.

Francis, Nilsen, and others have started a subreddit and Twitter page for the PS3 TF2 community. They’re trying to expand by reaching out with a server invitation to other players who mentioned the PS3 version of the game on Twitter or uploaded videos of themselves playing on YouTube.

They’ll do whatever they can to keep their favorite team shooter going, at least as long as their PS3 hardware lasts. Nilsen and Ramie Villar, another member, even talked about buying the servers from EA.

After I suggested that the servers would eventually come down for good, Villar replied, “That’s what I’ve heard for over a decade, though. I’m amazed they’re still up, but people have thought they’d get taken down years ago.”