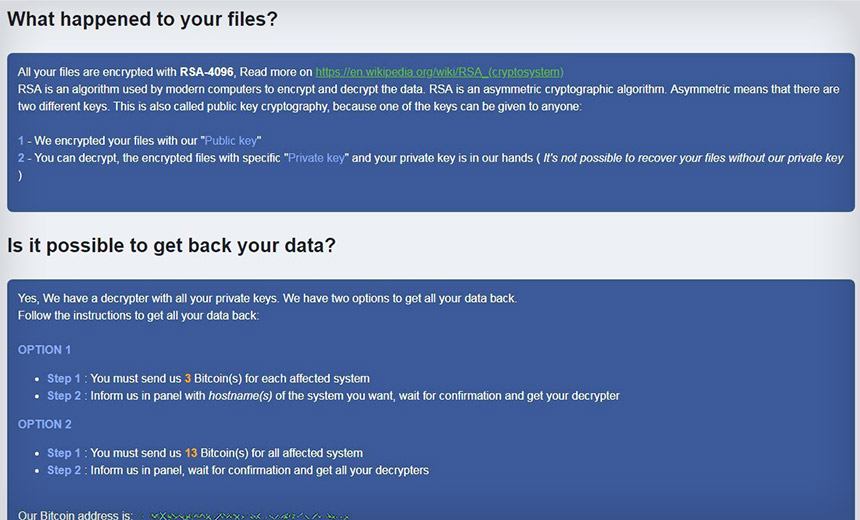 Advanced attackers are continuing to camp out in networks for weeks or months, conducting reconnaissance and stealing sensitive data before unleashing crypto-locking malware.

Cybercrime researchers at Microsoft report that in the first two weeks of April, during the final stage of long-running attacks, they primarily saw cybercriminals wielding 10 strains of ransomware. They say that these gangs hit dozens of targets.

Despite the ongoing COVID-19 pandemic, healthcare sector organizations and their suppliers were not immune to such shakedowns (see: No COVID-19 Respite: Ransomware Keeps Pummeling Healthcare).

“Each actor does what they want to do, but in the main, you’ve either got a smash-and-grab type of approach, where somebody has managed to get an end user to execute an executable that is the ransomware package in its own right … or [the use of] malware to gain an initial foothold on a network, where they’re not deploying the ransomware initially, they’re doing it at a later date,” Stubley says.

Smash-and-grab attacks may focus on one endpoint, for example, tricking victims into opening a malicious spreadsheet attached to an email, which, if opened, instantly begins encrypting every file on the system.

More advanced attackers, however, typically take their time before unleashing ransomware (see: Ransomware 2.0: Cybercrime Gangs Apply APT-Style Tactics). “Before that they’re going to be doing network enumeration, credential theft and lateral movement, and some of the attack groups will be understanding what they compromised first before they head to ransom,” Stubley tells Information Security Media Group.

Whatever strain of malware is used in more advanced attacks, they all unfold in broadly similar ways, experts say.

Microsoft says in the first two weeks of April, it saw sophisticated attacks get launched by gangs wielding the following types of ransomware.

Microsoft also says it saw the following four ransomware families being used in advanced attacks in the first two weeks of April.

Microsoft says the more advanced ransomware outbreaks it’s seen this month likely began with attackers compromising targeted networks several months ago. Since then, the gangs “have been waiting to monetize their attacks by deploying ransomware when they would see the most financial gain.”

This is a typical modus operandi. “Groups activating acting weeks or months after compromise is not new behavior or nor is it unusual,” Brett Callow, a threat analyst at security firm Emsisoft, tells ISMG.

According to FireEye’s M-Trends 2020 incident response report, attackers camp out in a network for an average of 30 days before being discovered – if an internal security team finds them – or 141 days if an external source finds the breach.

“Dwell time is calculated as the number of days an attacker is present in a victim network before they are detected. The median represents a value at the midpoint of a data set sorted by magnitude.” In 2019, the average dwell time for breaches discovered internally was 30 days, versus 141 days for breaches discovered by an external party. (Source: FireEye’s M-Trends 2020)

For defenders, the imperative is clear, he says: Keep looking for signs that hackers have penetrated a network, so defenders can remove them and fix any flaws they may have exploited before the attackers have time to do more serious damage. “If you’ve already had a compromise, the odds are you’ve already got a reportable breach, which you already have to spend time and money investigating, and which is bad enough on a normal day,” Stubley says. “But if you get to a point where you have to deal with ransomware as well, that’s just shoveling on the pain.”